Based in the heart of New York, Bonchon specializes in Korean-style fried chicken and a variety of savory Asian fusion dishes.

Bonchon has travelled far and wide from Busan, South Korea, to become the internationally loved brand it is today. After the success of Bonchon in the coastal city of Busan in 2002, the brand quickly expanded worldwide.

Not long after, Bonchon entered New York City and opened its flagship restaurant in the heart of Manhattan. Bonchon’s unique and delicious fried chicken quickly attracted a dedicated following.

Word-of-mouth alone has helped us expand across 87 locations throughout America, in food-loving states such as New York, Massachusetts, Virginia, California, and Texas, to name a few.

We have over 300 locations worldwide, spanning twelve countries — including Singapore, Thailand, Cambodia, Kuwait, Bahrain, UAE, Myanmar, and the Philippines. 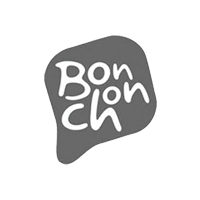